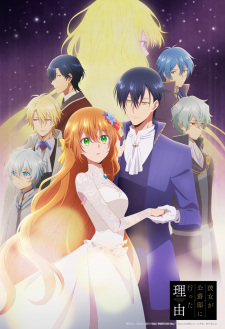 Plot Summary: When Park Eunha dies in modern-day Korea, she awakens in the body of Raeliana McMillan, the eldest daughter of a nouveaux riche baron. However, this is no ordinary world; it's the exact same one as a novel she once read. Beloved by her family, it would seem as though she is in a fairy tale. But Raeliana is far from the main character—she is a mere plot device, whose murder at the hands of her fiancé instigates the entire story. Raeliana has no intention to accept her fate quietly. She sets her eyes on someone in a position of great power—the vieux riche male protagonist Duke Noah Volstaire Wynknight—aiming to completely change the original story. Using her knowledge of future events, Raeliana offers information to Noah on the condition that he acts as her fake fiancé, but the Duke's two-faced nature throws a wrench in her plans!